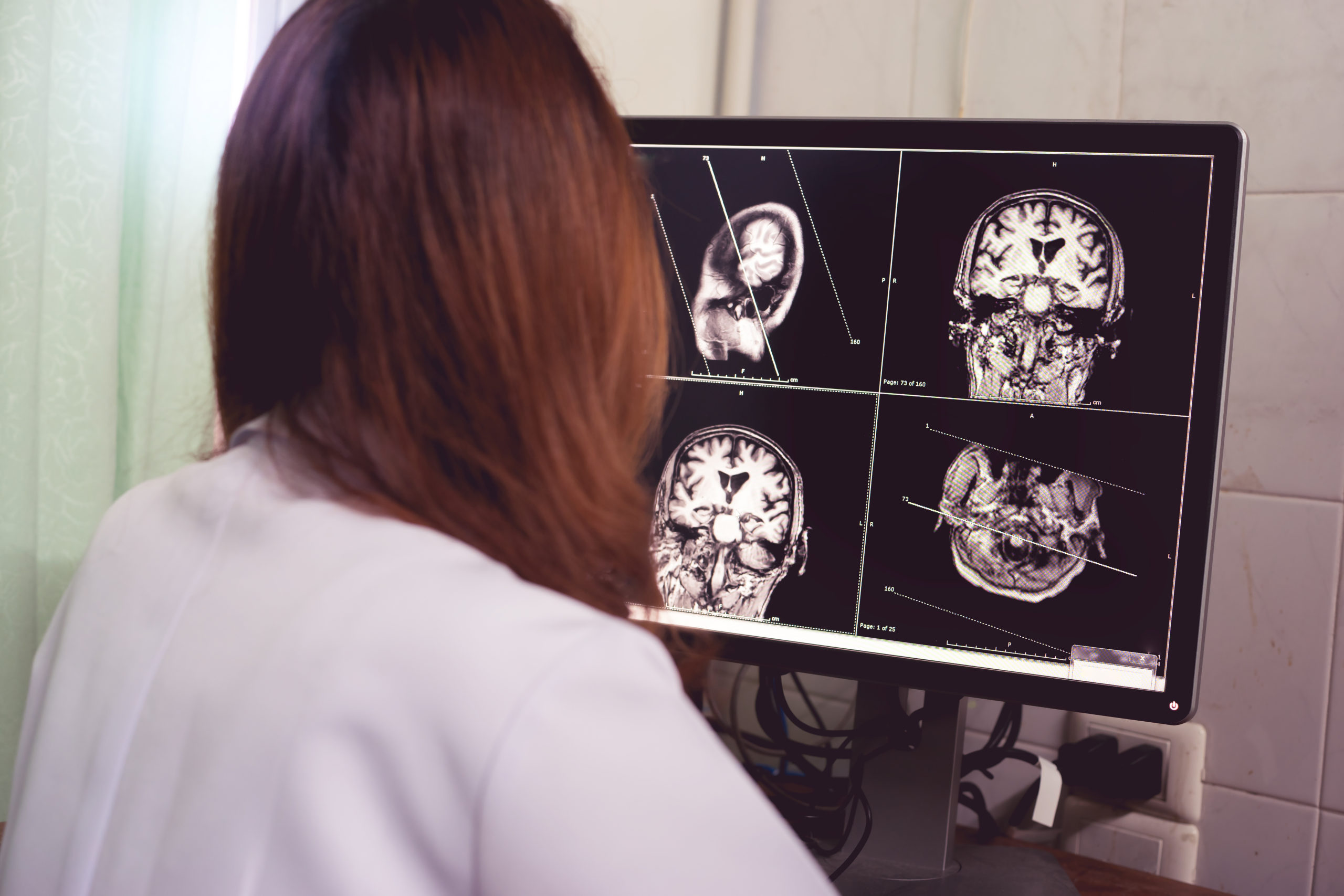 According to the Alzheimer’s Association, Alzheimer’s disease is a type of dementia that affects memory, thinking, and behavior. It’s also a progressive disease that causes symptoms to worsen over time. Older adults who are in the early stages of Alzheimer’s might notice mild memory loss, whereas those in the late stages can lose the ability to carry on a conversation or even respond to their environment. Alzheimer’s disease affects one in nine people age 65 and older, and women more significantly than men. Although there’s been significant research on Alzheimer’s, because of the complexity of the illness, there is no cure. However, that hasn’t stopped medical professionals from continuing their Alzheimer’s research. Join us as we discuss Alzheimer’s research trends in 2021.

How Is Alzheimer’s Disease Treated?
Alzheimer’s is characterized by abnormal changes in the brain. While scientists do not know exactly what causes Alzheimer’s, most experts believe plaques and tangles play a significant role. Plaques, which are deposits of a protein fragment, build up in the spaces between nerve cells, and tangles, which are twisted fibers of a different protein, develop more frequently and predictably in the brain of someone who has Alzheimer’s disease. Because Alzheimer’s can look different in each individual, it’s highly unlikely that one drug would be able to treat all individuals with the disease. However, because of research and clinical trials, scientists have made significant progress in understanding the memory problems associated with Alzheimer’s.

While there are several prescription drugs to help manage the symptoms of Alzheimer’s, none have been able to cure it or even stop the progression of the disease. The first FDA-approved therapy that addresses the underlying biology of Alzheimer’s has recently received approval as treatment. Aducanumab works to remove amyloid, one of the hallmarks of Alzheimer’s, from the brain, which can help reduce cognitive and functional decline for those with early-stage Alzheimer’s.

Alzheimer’s Research
In addition to the recent approval of Aducanumab, international researchers have made significant progress in learning more about Alzheimer’s disease this past year. Researchers from Tokyo Metropolitan University recently discovered that a specific element of a key protein, called tau, may cause the proteins to accumulate in the brain. These deposits can actually trigger Alzheimer’s. While the tau protein is key to the healthy function of certain cells, when the microtubules, or “cell highways” they create aren’t formed properly, it can cause a wide range of neurodegenerative diseases. To learn how to identify when a tau protein isn’t working properly, researchers are using different organisms, such as the drosophila fruit fly.

An upcoming research study at the University of Arizona Health Sciences will focus on identifying various therapies that prevent or delay the progression of Alzheimer’s. The study will focus on understanding one of the strongest genetic risk factors, ApoE4, which is a key element in how our bodies metabolize fat and brain energy. This study is expected to allow researchers to more thoroughly understand and develop interventions for those with late-onset Alzheimer’s.

Trials and Research of Alzheimer’s Disease
According to the Alzheimer’s Association, clinical trials allow researchers to conduct studies with human volunteers to determine whether a possible treatment is safe and effective. Without the help of participants and clinical research, there can be no treatments, preventions, or cures. New drugs must complete a series of phases before being approved by the Food and Drug Administration. The treatment must perform well enough to move on to the next phase.

Getting Involved in a Clinical Trial
If you or a loved one is interested in participating in or learning more about a clinical trial, there are various ways to get involved. The first option is to speak with your healthcare provider. Because your doctor has a deep understanding of your medical information, they may be able to connect you with an appropriate clinical trial.

In addition, TrialMatch, operated by the Alzheimer’s Association, connects individuals to clinical studies in their area. To be connected within TrialMatch, you’ll need your clinical diagnosis, tests used to diagnose the stage of the disease, and a current Alzheimer’s medication list.

Questions to Consider
Before you commit to participating in a clinical trial, it’s important to understand the trial information by making an appointment with your healthcare provider. According to the National Institute on Aging, individuals considering participation in a clinical trial should ask the research team these questions:

● What’s the purpose of the study?
● What tests and treatments will be given?
● What are the risks and side effects?
● What are the benefits of the research?
● How much time is required?
● How long will the study run?
● How will the trial affect my daily life?
● Will I learn my results?
● Are expenses reimbursed?
● Will I be paid?

Living with Alzheimer’s at Maplewood Senior Living
Memory care residents at our Maplewood Senior Living communities have access to high-quality medical care and staff trained specifically in dementia care. Support groups, access to clinical trial information, and Alzheimer’s medication are available to all residents living with Alzheimer’s. To learn more about these offerings or to schedule a tour, please contact us.

How Respite Care Can Be Used to Test Drive Assisted Living

What Is Early-Onset Dementia?

How to Pay for the Cost of Assisted Living